A year after my daughter’s birth, I felt the itch to become professionally active again. We (husband and I) discussed the different possibilities as luckily I had found a good nanny. But our daughter was born to us almost 10 years after our marriage and I didn’t want to be away from her. Also, I accepted that I had lived the life of a career woman for a long time. I no longer wanted to go back to that life again.

So about 5 months before she was born I began to blog. Actually let’s go back even further. I’ve always written and belong to the generation who used diaries. Being introverted and shy, I never voiced my views and opinions. I always lived up to expectations so writing and talking to myself came easily. I graduated to blogging much later in life but maintained a private blog. When I had finally paid the price of admission and began blogging publicly, I was pregnant!

But interestingly, I never took blogging seriously nor did I believe that I could write for a living. Although I had drafted a business plan for my blog, Pottsandpan that explores marriage and relationships, I let it grow organically while holding back on monetising it. Instead I went into retail business with a friend which didn’t turn out well. Our motivation and aspirations for the business were different leading to misunderstandings and I was forced to confront certain hard facts about myself.

Although I’ve always been sincere and diligent, I never pushed myself. I believed in the premise that my work should do the talking. I never beat my own trumpet for the only reason that I didn’t know how! While I was working at a cultural organisation, I had a colleague who steamrolled my every move. I tried my best to put her at ease, befriend her and find ways to work together because I was a ‘nice’ person. I didn’t take her on. On hindsight, I should have and even today whenever I think about it, all I can see are my mistakes. I didn’t stand up for myself and somewhere, with the entrepreneurial venture too; I felt history was repeating itself. So it became imperative for me to cut ties and move on.

While still working, I blogged sporadically and was asked to be a mommy blogger for a parenting site. Even after I began writing for them and viewership for my articles increased, I wasn’t serious. I was juggling too many things and wasn’t sure if I wanted to write full time.

In May this year, when I finally left the entrepreneurial venture, I began to write regularly to keep myself busy. I remembered reading somewhere that to be a writer you had to write every day. Some of my writer friends allocated a certain part of their day exclusively to writing. I began to do the same. I wrote relentlessly, every day. The more I wrote, the more I knew what to say and my ideas bank expanded. Soon life began to change. I approached another parenting site to write for them and joined the Sheroes Blogger Network.

Thereafter, I did something I had never done before. I put myself out there and began submitting my posts for contests. Previously, I always thought I wasn’t good enough. But this time I told myself that I had lived half my life in the background and it was time to break free from anonymity. Someday I wanted my daughter to read my writings and be proud of me. I wanted a new future for myself and an identity that was my own creation.

I write about life experiences, marriage, relationships, motherhood, parenting and being a woman. Every time I write, there is a piece of me that I give away. It’s emotionally draining and often leads to people questioning me about how I ‘get away’ with sharing personal stories. Well, it isn’t easy but that is the only way I know how to connect with my readers. Years ago someone had told me, ‘if you don’t have an opinion, you don’t matter!’ That hurt deeply. It meant I was nobody! Today I value myself and my own views. And when people respond to that positively, I feel good about myself. 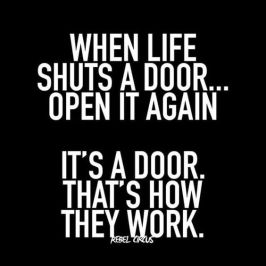 Within just 3 months of writing full time, I have won awards for my writing, done product reviews, content writing for websites and more importantly, begun to get paid for writing! Today I proudly call myself a blogger. It’s brought new meaning to my life and every day is a fulfilling experience – being able to write and yet be there for my daughter.

It’s taken me ages to be truly honest with myself and thereby rise up from the ashes of my past. All I had to do was to look within, focus on what I was really good at and believe in myself.

Most often that is the only way to be happy.

(This article based on the theme, Rising from the Ashes, was the second in the series as a Sheroes Mentor Author and first published in Sheroes in September 2015)