I have to say this – I’m bloody tired of meeting people who talk big and…and nothing. That’s it! They just talk and portray that you’re what the world needs right now to make it a better place and everyone should be enamoured by your work. Yet when it comes to that talk translating into action – zilch!

For almost 13 years of working with the British Council I had dealt with such attitude with much more finesse and patience than I care to now. I would always bend over backwards, take the time to revisit conversations, repeat myself for the sake of some people and genuinely push myself to be accommodating. It felt natural then, not only because I was a nice person but I felt that it helped people to bond well with me. But no more!

Now, I simply cannot be bothered. Not because I’ve not a nice person anymore but I’m just tired of the pretence! Also with maturity, motherhood and the pressures of dealing with a 21 month old in whose life ‘logic’ is non-existent – I’ve come to realise that on most occasions it’s best for everyone to simply say it as it really is. You want something – great, you don’t want it – fine. You like something – super, you don’t like it – even better!!! This clarity not only helps to deal with situations better but it takes off the pressures of having to conform!

I met Arpita Ganesh, CEO of Buttercups at an entrepreneur meet. We happened to sit at the same table and began talking. Her gregarious attitude towards life and her work was addictive. A bra fitting session in New York had changed her life. For the first time she loved her body, felt confident and had a great posture. The ‘right bra’ had completely changed the way she felt about herself and so her journey with lingerie began. Today, she is the first Indian woman to have developed her very own crowd funding platform, Fundbuttercups which in turn is India’s largest crowd funding initiative (a pre-order model) for a product! 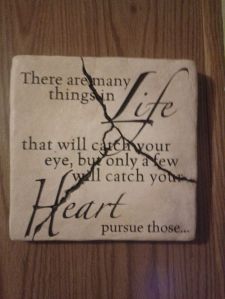 I thoroughly enjoyed chatting with her and promised to be in touch. Then, months later we reconnected and met for a drink. Over beer we bonded as two women who loved a good laugh, who were open about our expectations from life and how we were (mostly in her case and me just about getting there) were living the life the way we truly wanted to. This instant connect stayed with me and promptly the next day I made a pledge online to support her crowd funding initiative.

I still remember her first reaction was ‘you’re crazy!’

When I had first met her or even when we sat drinking, she never once mentioned or hinted that I should fund her. I didn’t fund her because she was a woman and I identified with what she was talking about. I funded her solely because I truly believed in what she was doing professionally, I understood what she had set out to achieve and emotionally I connected with her way of thinking. That’s also the reason why I agreed to work with her. And this is precisely when my lack of patience with people who always said the politically correct things but most often didn’t follow through with them became overwhelmingly pronounced.

I was aghast at how blatantly people (including many women & men, investors (of every kind), other entrepreneurs and contacts) would make all the right noises, as if there was some unsaid peer pressure or a need to sound proper and portray the right image. But when it came to translate that opinion into action – in this case support her campaign they’d back out. Why?

Here was a woman whose campaign pledge began from INR 1500 /- only (that’s approximately $25!) Most of us spend that kind of money on the mundane almost every day – food, drinks, clothes! Then why did most people stop short of spending that amount instead to truly make a difference?

Or was the real reason that she was openly talking about lingerie, inner wear, and “personal stuff” only for women? Women couldn’t be seen openly discussing about lingerie – in other words their sexuality. Putting their names on the campaign page openly for others to see – that was blasphemy! And men, they of course had a reputation to maintain! Bras were things you discussed over drinks with the boys, you joked about it, ridiculed it, ok so perhaps not just bras but what they were used for! No, wait, I’m digressing here. That is a conversation for another post!

Moving on to another campaign, that Women’s Web ran to re-design their site, all they wanted was $4000 (approximately equivalent to INR 2 lakh+). It is a place for the Indian woman to stay engaged with the world, focus on women’s self-development and pursuit of happiness, by offering information on career development, entrepreneurship, managing work and family, successful women, women’s health, social issues and personal finances. As a community and support group for Indian women, they publish insightful articles. I thoroughly enjoy reading them and so I supported them. Again, I did not support because they targeted women but because they highlighted issues that directly and in-directly impacted everyone – men, women, our society, our children. Then, why were they only able to raise $3003? Here was a site that discussed issues that went way beyond sexuality.

Reading this people can raise issues and concerns about the entire crowd funding platform. They might argue that most people don’t understand the concept, they’re uncomfortable about investing online, the campaigns perhaps lack intrinsic and extrinsic motivations for people to respond, or they’re unable to grasp how the business model will work or lack industry knowledge to make a decision.

Perhaps that is why someone recently used the word ‘donation’ for such initiatives. More appalling was the fact that it was a business woman who used the terminology! Well lady, it most definitely isn’t a donation! There is almost always a take back – an intangible or tangible reward for your support. Another network started getting offensive because it was directly pointed out to them that for all the brouhaha hardly any person from the same extended support. 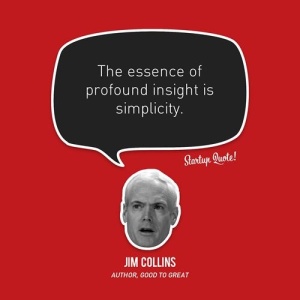 My take on this is very simple – perhaps too straightforward for the intellectual thinker!!!

I’m a freelance consultant which basically means that money coming into my kitty every month is not a surety. Some months it does, sometimes it doesn’t. Yet I supported both these initiatives because I believed in them, their work, and personally felt the difference. Since then I’ve received many requests for crowd funding initiatives – but I haven’t funded any yet as I haven’t ‘felt’ or emotionally connected with any of them.

Someone had once commented, ‘if you don’t have an opinion, you don’t matter!’ I sometimes think that people take this quite literally! They insist on having to say something – anything to be heard. It makes them feel important believing they have something valuable to contribute. Why don’t they take a moment to step back and listen to themselves – the hollowness is jarring!

The point I’m trying to make is this – if you have something to say, say it. If you don’t have anything useful to say, DON’T bother. If you feel right about something, believe in it and want to do something about it – then just do it! And if you don’t believe in it, then don’t.

Nobody is holding you at gunpoint so stop wasting other people’s valuable time!